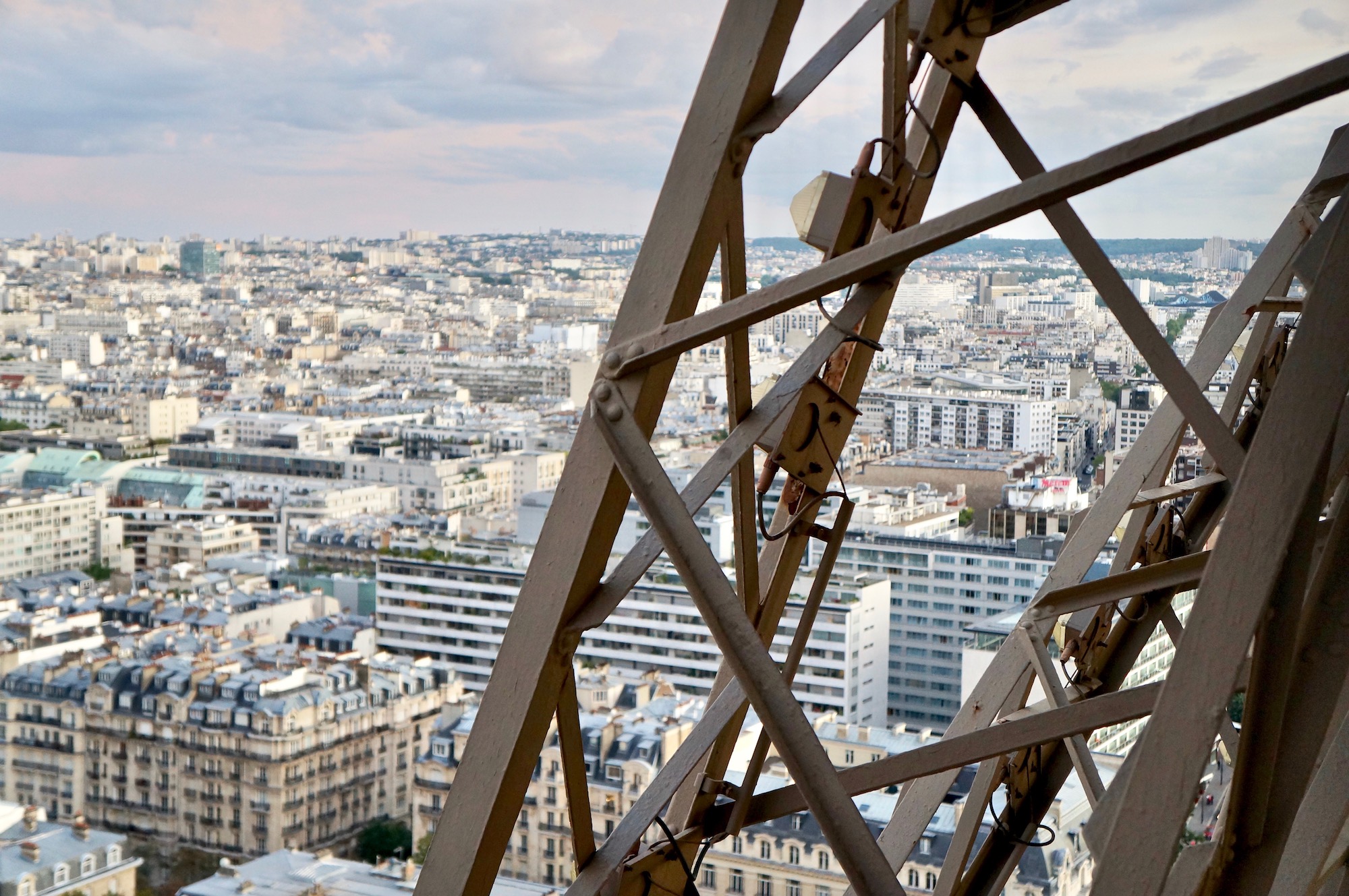 Climbing the Eiffel Tower to see the views of Paris is one of those things I’ve felt guilty about not doing for a long time. So finally, ten years after my first visit to the Eiffel Tower, I went up.

I can’t say climbing the Eiffel Tower is something I’ve been dying to do. It’s always seemed a little too crowded and hectic to put high on my list. Plus, when I climb something I like to see the Eiffel Tower. It’s just so “iconic Paris!”

However, this August I made a point to do things that I’ve never done before, and climbing the Eiffel Tower stuck out like a sore thumb. The plan was to do the whole climb, summit and all, however I didn’t realize how hard it was to get tickets.

I’m a researcher. However, I didn’t research this process well enough, and as a result I didn’t get to go to the summit. Here’s what I learned:

I wanted stair tickets from the beginning..hence climbing the Eiffel Tower. Ideally, I wanted to take the stairs to the second floor and then the elevator to the summit. It didn’t happen, I’m over it.

I like the “challenge” you get from taking the stairs, and also it was a good way to avoid queuing for the elevator and also avoiding the crowds. We took it at our own pace and the views were interesting on the way up. At each level they had a little sign with a fact about the Eiffel Tower and our progress towards the next level.

By the time we reached the first floor we were sweaty…and it wasn’t a hot day. We didn’t stop on the way up the stairs so it was nice to have the option to get a big bottle of water and sit for a bit. I also wanted to see the sunset so we had some time to kill.

The views of Paris from the first floor are all through a cage. You can get right next to the cage and take pictures where you don’t see it, but it was there. I obviously understand the need for it, but it was a little annoying.

The first floor wasn’t nearly as crowded as I expected it to be.

The second floor was significantly more crowded. If you’re climbing the Eiffel Tower you’re obviously doing it for the views, and this is where the better views of Paris are. (I can’t speak for the summit views, but I’ve read that you’re so high up that it’s harder to identify things).

The second floor is split into two levels, one larger level with a similar cage setup as the first floor, and then a deck without the cages. The lower caged level was less crowded than the deck level for obvious reasons.

There was definitely pushing and shoving going on at the second floor. Everyone was trying to get their pictures and there were pillars and things that broke the space up.

We found a nice little corner to watch the sunset and set up camp there.

I liked the view. It wasn’t too high up and you could see a lot of interesting things. A lot of the major landmarks were visible, but to me it always felt like something was missing…the Eiffel Tower.

I think the crowds also detracted from the experience a bit. It was just more crowded and not as calm as I would’ve liked…but understandably so. I’m a bit Type A so I’ll probably be back to do the summit at some point just to cross it off my list, but besides that I don’t have any urge to go up the Eiffel Tower again.

Climbing the Eiffel Tower is something I’m glad I did. It was a great way to watch the sunset on a Sunday, but Tour Saint-Jacques is still my number one!